Oh Jon Schaffer, what have you done to my right forearm! 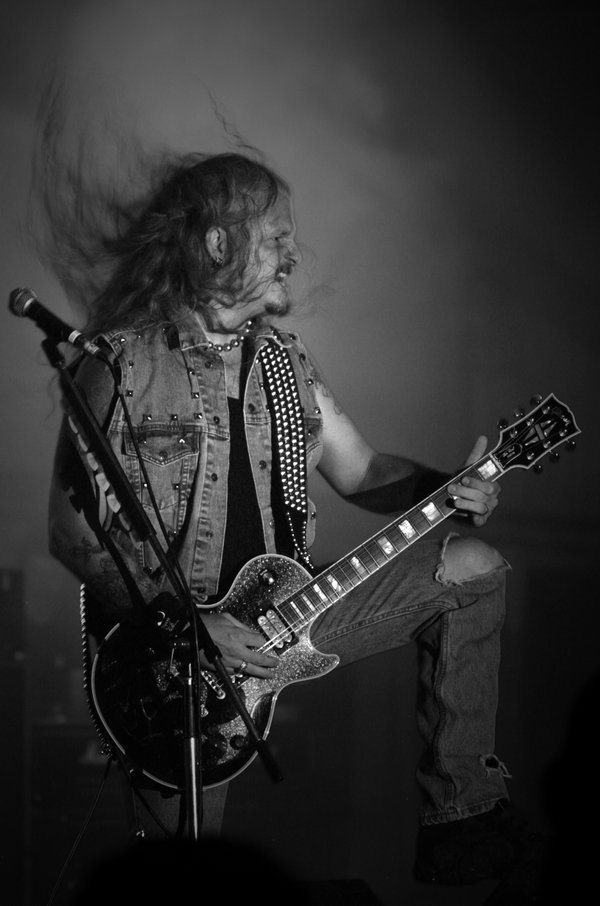 Hello ladies and gentlemen and welcome to the first part in what is hopefully to become a series of sorts; a series in which I try to emulate guitar tones from our favourite players and albums through time, using only software utilities that are freely available, and then sharing my discoveries/settings/thoughts.

It’s a challenge and a half, but then again that’s the point.

I really enjoy the work-flow of recreating a tone I like, and what with all the direct tone-matching technology that exists now, I feel like people have given up on the fun part!

I don’t think the adage “tone is in the hands, not in the gear” has ever been quite so bang-on as when referring to the rhythmic gallop goliath that is Jon Schaffer. The man’s rhythm chops are on another planet, especially considering the gear he uses.

I’ve never been the biggest Iced Earth fan, just a frequent dipper into their catalogue once in a while. So with that said, what I know about Schaffer’s tone is only very basic, but I do happen to know that he uses:

Now, as a lot of these are purely his preference based on picking style, we don’t need to be quite so pedantic. Not to mention, I’m not always going to have on-hand what the player in question uses! But we got lucky this time…

I used my mid-90’s Epiphone Flying V, equipped with Tonerider ‘Generator’ pickups. These are quite hot, but classically voiced, and tight. Much like those Schaffer uses, so we were off to a good start here!

Amp
Schaffer’s tone, albeit not Marshall specifically since the first album (the aforementioned Larry Amps have been in use since ‘92), it still has that thrashy Marshall vibe going, so I thought a Marshall sim would be a good place to start.

This is an amp sim I’ve never found an application for in the past. Anybody who follows my musical endeavours or has been a client of mine will know that I usually favour amps from the 5150 series, Mesa Boogies, or Engl. That goes for both real amps and for amp-simulation. However, I was instantly taken back by just how Marshall-like it was (no shit, right?) and how instantly useable it was, especially with a little kick up the arse from TSE Plugin’s TSE808 (Tubescreamer sim) which is available here: http://www.tseaudio.com/software.html

Cab Impulses
Marshall 1960’s are very underrated and overlooked in modern metal. There isn’t an awful lot of love these days for the trusty ol’ Celestion G12T75 speaker. Once upon a time it was the metal speaker, especially for faster, thrashier genres. It’s got a really raspy bite, with a hollow and percussive quality. Perfect for that dry and grindy thrash/death vibe. These days it loses out to the V30 most of the time in a recording capacity, as 90% of metal seems to be down-tuned, and this is one area where the T75 doesn’t exactly excel…

It took me a while to find the right impulse(s) for the job. I really wanted to try and keep the amount I used down to a minimum for maximum ease of recreation. It wasn’t easy. I ended up with 3.

Mics and Placement
Oddly enough, I found that blending a trusty SM57 with an Audix D6 of all mics gave the perfect blend of what was required for the job. The Iced Earth tone we’re aiming for has a whopping great thump in the low end, as well as that typical hissy/airy top end I’m accustomed to with T75’s. I knew the Sm57 would put me in the ball park immediately, but it was missing a little bit of the girth and woof that the album tone has.

Putting a D6 directly on a speaker is going to bring you all manner of ice-picks in your ear! It’s a mic that was designed with the original purpose of getting a pre-EQ’d clicky kick drum right off the bat, so it’s EQ’d with a very deep mid-scoop, exaggerated sub-bass, and very boosted top-end. Finding a dark place on the speaker is going to be your best option with this mic. I chose an impulse that was placed directly on the cone, with none of the cap hiss caught up in there. We only want this mic in there for the low mids, down to the sub. The rest of the tone is coming from our 57 impulses.

Layering
Schaffer is a bastard for layering. His riffs are hard enough to play tight at the best of times, let alone getting multiple tracks of guitar perfectly aligned. I chose to stop at 4 (two 100% L, two 100% R) but I’ve heard from various sources that he does more. A lot more.

Processing
Not a huge amount, to be honest.

There is some light compression across the board, as well as a small amount of multiband compression to get some control over that 70-250hz thump on the fast palm mutes.

There’s your usual high-pass/low-pass at 90hz and 8Khz respectively. However, if you look closely on the D6 cab-impulse you will see that I have also low-passed at 10khz. This may seem pointless since we’re already globally hp/lp’ing the guitars at 90hz and 8k, but this impulse loader seems to have a more drastic roll-off. We only want a certain area of EQ from our D6 impulse, not the whole thing, so just rolling off that fizz lets the 57 do its job in the top end without getting blurred with the top end of the D6.

There is a slight nod to the 1.5Khz region on my guitar bus EQ, just for a boost of air and clarity, as well as a -3dB scoop @ 500hz to remove some boxiness and give it a little extra aggressive push. 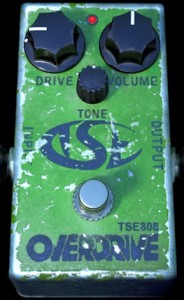